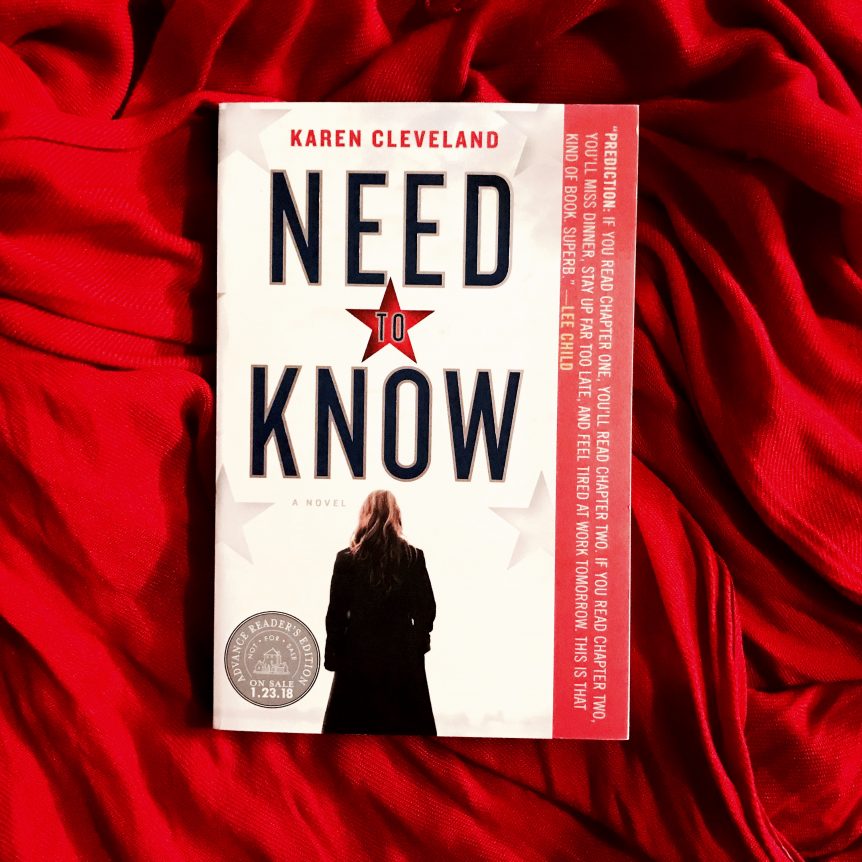 This book looks like a thrilling, good time! Thank you so much to Ballantine Books and Random House for sending me a free advance copy! I am so excited to read this one!!

In pursuit of a Russian sleeper cell on American soil, CIA analyst Vivian Miller uncovers a dangerous secret that will threaten her job, her family—and her life. On track for a much-needed promotion, she’s developed a system for identifying Russian agents, seemingly normal people living in plain sight.

After accessing the computer of a potential Russian operative, Vivian stumbles on a secret dossier of deep-cover agents within America’s borders. A few clicks later, everything that matters to her—her job, her husband, even her four children—is threatened.‎

Vivian has vowed to defend her country against all enemies, foreign and domestic. But now she’s facing impossible choices. Torn between loyalty and betrayal, allegiance and treason, love and suspicion, who can she trust?