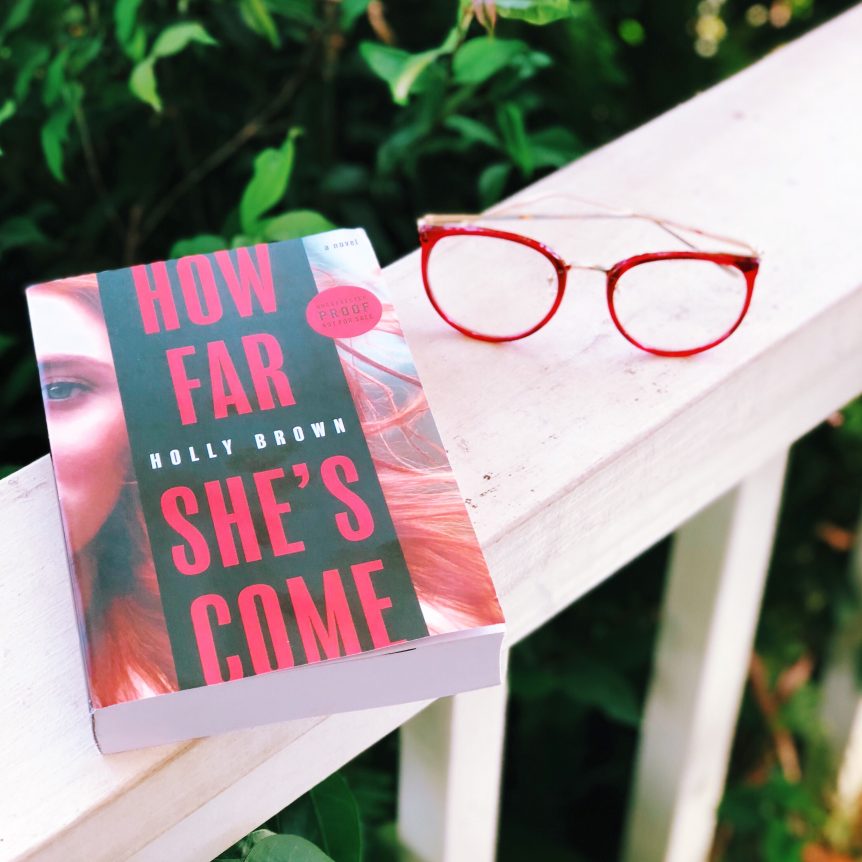 Cheyenne Florian is a very beautiful, twenty-four-year-old vlogger that just received her dream job. She was recruited and jumped at the opportunity to be the newest correspondent on the Independent News Network (INN), an organization that prides itself on independent thinking and innovation. But Cheyenne quickly finds that age-old dynamics are at play: the men are over-welcoming, while some female colleagues are resentful. Also, a diary written by Elyse Rohrbach, a female broadcaster from 1991, shows up with a note attached warning Cheyenne to learn from the past. Did this diary come from a friend or foe?

From the prologue to the very end, this book does not slow down. The story is suspenseful, and at times realistic, as it parallels the misogyny and workplace harassment often reported in the media today. Brown does an excellent job of weaving current issues within a fictional story – it’s impressive just how incredibly well these topics are written.

I seriously could not put this book down! What makes HOW FAR SHE’S COME such a compulsive read? Well, it’s the writing style and the overall structure of the book. It’s exciting reading from Cheyenne’s perspective, but also so much fun reading the diary entries and Wikipedia articles throughout. The mystery of it all kept me totally engaged and constantly trying to figure out the ending. And although some parts are realistic, on the flip side, some are not, but that does not take away from the reading experience. Overall, I enjoyed every bit of it! 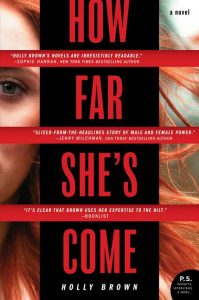 From the highly acclaimed author of Don’t Try to Find Me and This is Not Over comes the unforgettable, harrowing story of a young broadcast journalist who discovers a mysterious diary from a female broadcaster in 1991 featuring startling—and frightening—parallels to her own life.

You might be wondering what a diary from 1991 has to do with you. You’re about to find out. Those who don’t learn from the past are doomed to repeat it…

Twenty-four-year-old Cheyenne Florian has just received her dream job offer. On the strength of a few vlogs, she’s recruited to be the new correspondent on the recently hatched Independent News Network, INN.

With the slogan “Because independent thinking is the only way out,” INN has branded itself as innovative. Yet once Cheyenne joins the INN team, she finds age-old dynamics in play. Some of the female staff resent her meteoric rise, while a number of the men are only too happy to welcome her. Then there’s the diary left for her anonymously, written in 1991 by a female broadcaster named Elyse Rohrbach. The mysterious diary is accompanied by a note, urging Cheyenne to learn from the past. She wants to believe it’s intended as inspiration and friendly advice, or at most, a warning. But as disturbing—and increasingly dangerous—parallels begin to emerge, she starts to wonder if something more sinister is at work.

It’s almost as if someone is engineering the similarities in Cheyenne’s life to match those from Elyse’s past, like she’s a pawn in a very twisted game. But Cheyenne is determined to rewrite the rules and play her own game. Though they’re separated by more than twenty-five years, Elyse and Cheyenne are forced to learn the same lesson: Nothing is more threatening than a woman who doesn’t yet know her own power…

Holly Brown lives with her husband and toddler daughter in the San Francisco Bay Area, where she’s a practicing marriage and family therapist. She is the author of the novel Don’t Try to Find Me, and her blog, “Bonding Time,” is featured on the mental health website PsychCentral.com.