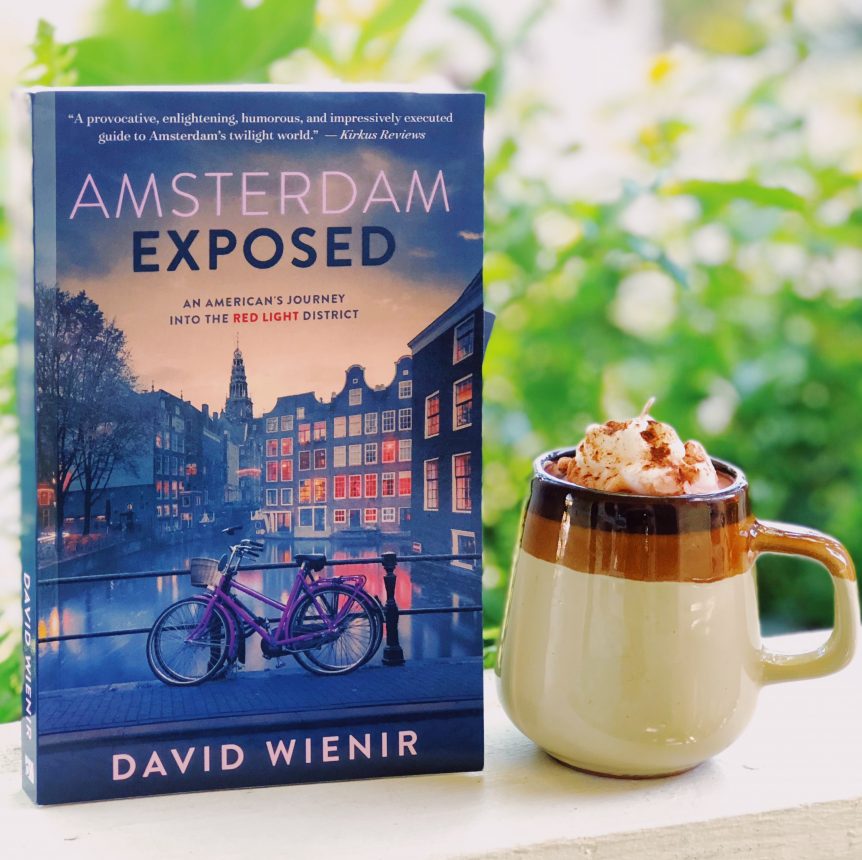 Amsterdam Exposed tells the true one-of-a-kind story of an innocent exchange student who moves to Amsterdam hoping to write a book about the red light district and everything that follows. It’s an American abroad story, and also a love story; it’s an uplifting tragedy, full of humor from beginning to end; it’s an Amsterdam survival guide; a sympathetic look at a societal problem; a little piece of policy; a sweet farewell to a world just about gone; and, ultimately, as close as you can come to a free trip to Amsterdam without leaving your couch. In sum, Amsterdam Exposed takes readers deep into the district on a journey never before possible, forever reshaping their understanding of one of the most famous tourist attractions in the world, and the women who work there. If you’ve ever spent time in Amsterdam, or dreamed of doing so, this book’s for you.

Thank you so much to Smith Publicity for providing my free copy – all opinions are my own.

I always love reading books set in places I’ve never traveled to. Amsterdam is high on my list of places to go, so this memoir definitely caught my eye. AMSTERDAM EXPOSED is part travel diary and part investigative journalism, and as the byline states, it’s “an American’s Journey into the Red Light District”. I can’t say that this book is for everyone, but I found it really fascinating. Wienir exposes the underbelly of Amsterdam’s 1990’s world of drugs and prostitution. For me, it was enlightening because I knew nothing about it.

This is a quick, easy read that gives you a ton of insight into the author’s experience. The most exciting aspect of the book is the incredible detail about Amsterdam, from the streets, to the bars, to the people. I loved it! During Wienir’s quest to interview women in the red light district, he is able to connect with a woman who tells her story. Wienir does an excellent job keeping you invested in his journey and his budding new friendship with a woman he met under intriguing circumstances. AMSTERDAM EXPOSED is a great reflection on the author’s life and I am grateful I got the chance to read it!

Amsterdam Exposed: An American’s Journey into the Red Light District by David Wienir is available as of May 1, 2018 with De Wallen Press, and available in paperback and e-book formats wherever books are sold. Click here to order a copy on Amazon today! Click here to visit the website! 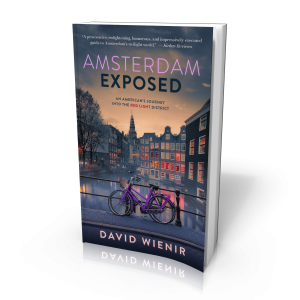 I awoke at 10 p.m. to the sounds of knocking on my door. My room was pitch dark. Disoriented, for the first few seconds I thought I was back in New York. Then I remembered. I was living in Europe. The feeling of waking up in a foreign country, only to realize you are living there, is like none other. It’s like being in a dream, yet being awake at the same time.

When I came to my senses and realized I was in Amsterdam, not New York, I assumed Oliver had stopped by for a visit. Still rubbing my eyes and with toilet paper in my ears, I opened the door in a pair of boxer shorts. To my surprise, standing in front of me was a short-haired girl.

“Oliver said you just flew in,” she said. “Want me to show you around? My name’s Inga.”

“You should probably put on some pants though, and take the paper out of your ears,” she said, laughing politely. “I’ll just wait in the hall.”

I closed the door, put on pants, removed the toilet paper, and followed Inga to the basement where the bikes were parked. I watched as she unlocked the chains around one of the shittiest bikes I had ever seen. It was a green three-speeder that looked like it survived World War II.

Inga looked at me in amazement. “Uh, yeah,” she said. “But we’ll be OK for tonight.” Not having a bike in Amsterdam is like being a bird with its wings clipped. Inga was patient. It was my first night.

As I walked down Haarlemmerstraat in the light rain, with Inga pedaling in circles, she kept repeating, “Amsterdam is in my heart. Amsterdam, it is life.” Each time, it was as if she was saying the words for the first time. To Inga, Amsterdam was more than just a city. It was a state of mind—and important to her soul. Little did I know, it would soon become important to mine as well. 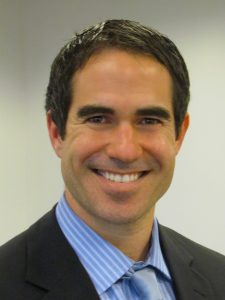 David Wienir is a business affairs executive at United Talent Agency and entertainment law instructor at UCLA Extension. Before UTA, he practiced law at two of the top entertainment law firms where he represented clients such as Steven Spielberg and Madonna. His previous books include Last Time: Labour’s Lessons from the Sixties (co-authored with a Member of Parliament at the age of 23), The Diversity Hoax: Law Students Report from Berkeley (afterword by Dennis Prager), and Making It on Broadway: Actors’ Tales of Climbing to the Top (foreword by Jason Alexander).

Educated at Columbia, Oxford, The London School of Economics, Berkeley Law, and the Vrije Universiteit Amsterdam, David is married to Dr. Dina (to whom the book is dedicated), a pioneer of the cannabis movement who has been named “Queen of Medical Marijuana in LA” by Rolling Stone Magazine and is the inspiration for the Nancy Botwin character in the show Weeds.