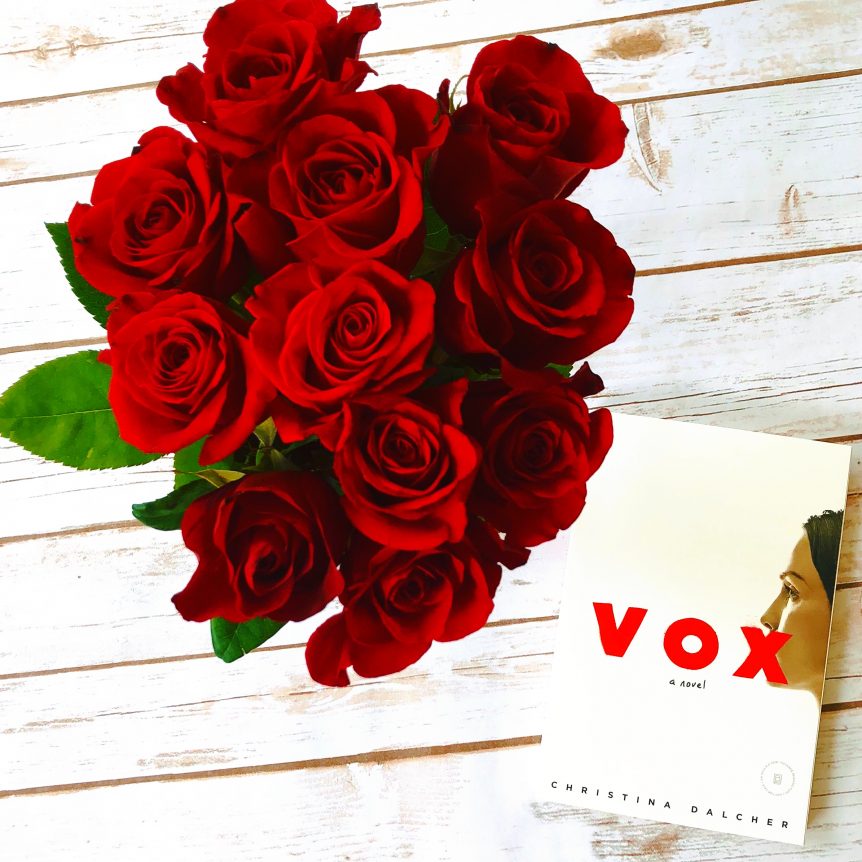 Thank you so much Berkley Publishing for providing my free copy – all opinions are my own.

On the day the government decrees that women are no longer allowed more than one hundred words per day, Dr. Jean McClellan is in denial. This can’t happen here. Not in America. Not to her. Soon women are not permitted to hold jobs. Girls are not taught to read or write. Females no longer have a voice. Before, the average person spoke sixteen thousand words each day, but now women have only one hundred to make themselves heard. For herself, her daughter, and every woman silenced, Jean will reclaim her voice.

On average, women speak up to 20,000 words per day, so imagine if it was reduced to 100. In this novel, in the not so distant future, American females are not permitted to speak more than 100 words per day and this is monitored via electroshock through a wristband. The interesting thing is, Dalcher writes a story that makes this predicament plausible. Her writing is fluid, intelligent, savvy, and meticulous.

Our narrator, Dr. Jean McClellan, is a wife, mother of four, and prominent scientist, or more specifically, a cognitive linguist. That is until Reverend Carl, the president’s trusted advisor and the patriarch of a fundamentalist group called Pure Movement, took control of the government and directed that certain freedoms be taken away from women. Women are no longer allowed to hold jobs, make decisions, have cell phones or bank accounts, carry a passport, read, write, or speak more than 100 words per day. And if women do not adhere to these rules they are severely punished for all to see. But when the president’s brother suffers from a brain injury that effects the part of the brain that controls language, Jean is given temporary permission to continue her work in order to advance a cure. Jean is obviously conflicted but needs to do something for the future of her children.

It is absolutely terrifying that a single group or even a single-minded person in power can easily enact such insidious laws. I can see why this novel is compared to The Handmaid’s Tale as they share similar realistic, feministic dystopian ideas and I highly recommend both if you love this genre. VOX is an astonishing, intense, unsettling, and gripping debut that has a fierce message: using your voice to implement change is crucial. Otherwise your voice and the voices around you can diminish into nothing and after that, what is left?