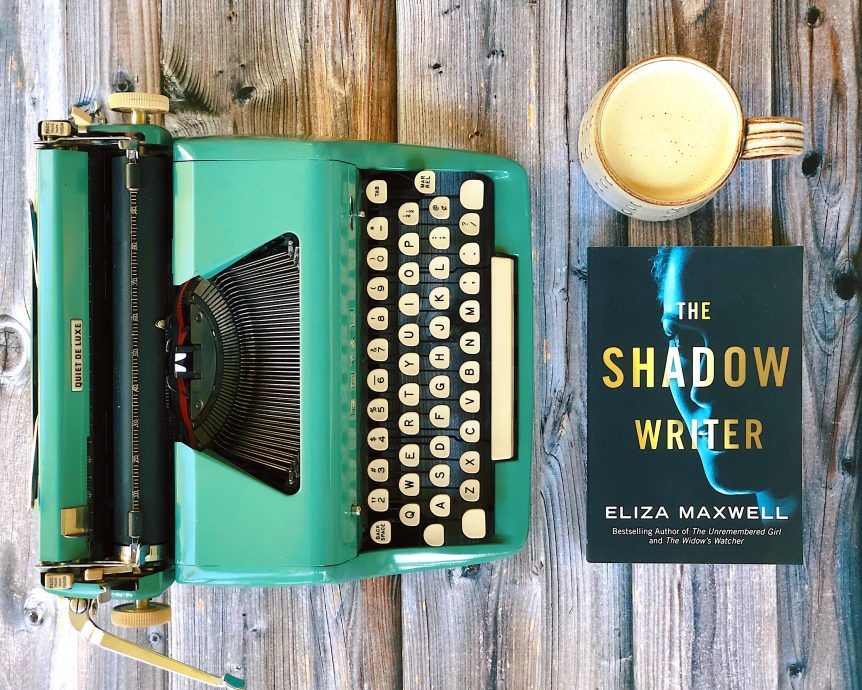 Aspiring author Graye Templeton will do anything to escape the horrific childhood crime that haunts her. After a life lived in shadows, she’s accepted a new job as protégé to Laura West, influential book blogger and wife of an acclaimed novelist. Laura’s connections could make Graye’s publishing dreams a reality. But there’s more to Laura than meets the eye.

Behind the veneer of a charmed life, Laura’s marriage is collapsing. Her once-lauded husband is descending into alcoholism and ruin and bringing Laura nearer to the edge.

As the two women form a bond that seems meant to be, long-buried secrets claw their way into the present, and the line between friendship and obsession begins to blur, forcing each to decide where her loyalties lie. Running from the past is a dangerous game, and the loser could end up dead.

This is my first Eliza Maxwell book and it definitely won’t be my last. THE SHADOW WRITER has so many aspects that I love, the first one being the plot: characters who are writers and one character specifically is a popular blogger. So fun, right?!

Graye Templeton has a past she’d rather forget. Her career goal is to publish a novel she’s been working on for ages when she lands a job under a bestselling author, David West. One day Graye accidentally bumps into Laura West, David’s wife and famous book blogger. Laura takes an immediate liking to Graye and she ends up as her assistant, but let’s just say the story doesn’t end there as both characters have issues that rise to the surface.

The story alternates between Laura and Graye’s perspectives with snippets of Graye’s past mixed in. The story is well-written with complex characters and plenty of secrets to go around. None of the characters are likable but I enjoy that sort of thing. I love atmospheric psychological thrillers that fixate on obsession and this one had a nice twist. And I thought the ending perfectly fit the story which is always a plus! 4/5 stars.