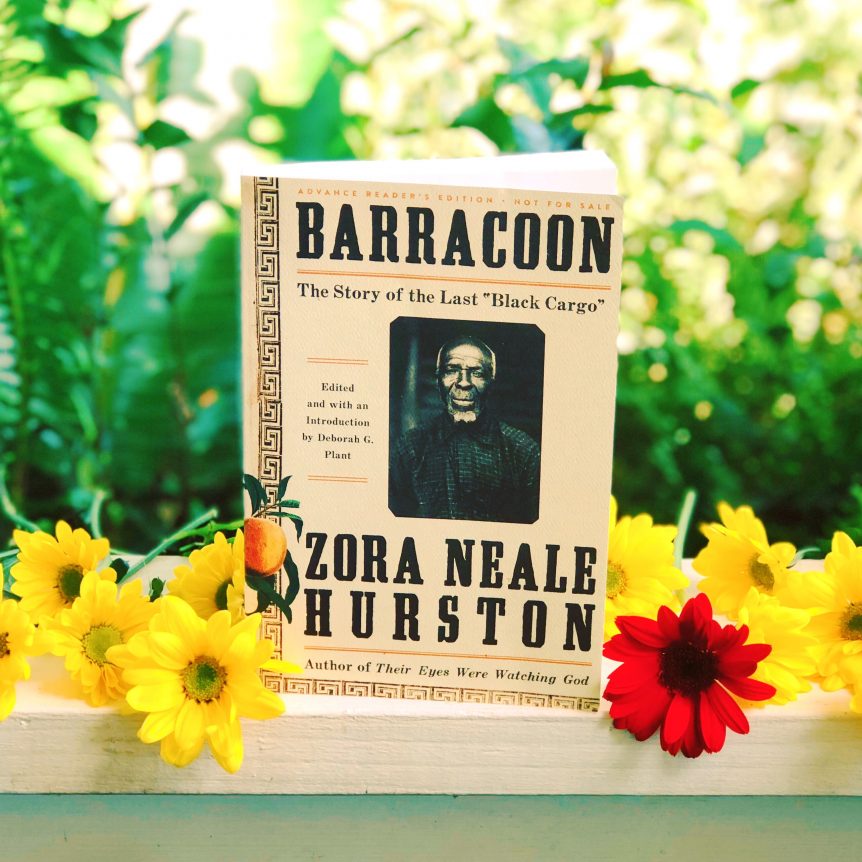 Thank you so much to Harper Books for my free copy – all opinions are my own.

A major literary event: a newly published work from the author of the American classic Their Eyes Were Watching God, with a foreword from Pulitzer Prize-winning author Alice Walker, brilliantly illuminates the horror and injustices of slavery as it tells the true story of one of the last-known survivors of the Atlantic slave trade—abducted from Africa on the last “Black Cargo” ship to arrive in the United States.

I just finished this historical piece of nonfiction and it’s so difficult to put into words my feelings for a proper review. This is a powerful, moving, and completely fascinating story. The book was completed in 1931, but not published until now. It is written in the vernacular which I think serves it well in its authenticity. It’s an intimate account of how a once free human being was taken from his home and put in a barracoon (a place of confinement for slaves) for three weeks and then put on ship destined for America.

In 1927, Nora Zeale Hurston, an anthropologist and folklorist, interviewed Kossola over the course of a series of conversations in Mobile, Alabama. Kossola, also known as Cudjo Lewis, was the last surviving African of an American bound slave ship, the Clotilda, that landed in Alabama in 1860. He was held as a slave for five and a half years until he was eventually freed.

I read BARRACOON in one sitting, as I was completely absorbed by Kossola’s story. While it made my heart ache, Hurston’s passion and commitment to telling his story made me smile.