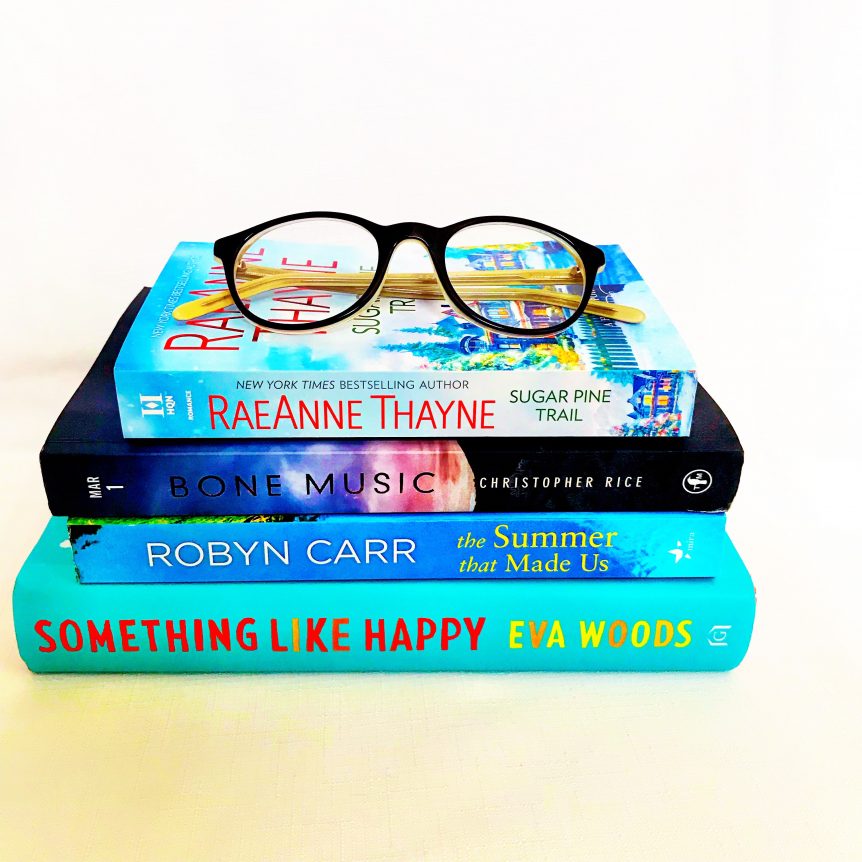 Thank you so much to Little Bird Publicity for this amazing book mail!! I’m so excited read each and every one of these!!

Annie Hebden is stuck. Stuck in her boring job, with her irritating roommate, in a life no thirty-five-year-old would want. But deep down, Annie is still mourning the terrible loss that tore a hole through the perfect existence she’d once taken for granted—and hiding away is safer than remembering what used to be. Until she meets the eccentric Polly Leonard.
Bright, bubbly, intrusive Polly is everything Annie doesn’t want in a friend. But Polly is determined to finally wake Annie up to life. Because if recent events have taught Polly anything, it’s that your time is too short to waste a single day—which is why she wants Annie to join her on a mission…
One hundred days. One hundred new ways to be happy. Annie’s convinced it’s impossible, but so is saying no to Polly. And on an unforgettable journey that will force her to open herself to new experiences—and perhaps even new love with the unlikeliest of men—Annie will slowly begin to realize that maybe, just maybe, there’s still joy to be found in the world. But then it becomes clear that Polly’s about to need her new friend more than ever…and Annie will have to decide once and for all whether letting others in is a risk worth taking.

Charlotte Rowe spent the first seven years of her life in the hands of the only parents she knew—a pair of serial killers who murdered her mother and tried to shape Charlotte in their own twisted image. If only the nightmare had ended when she was rescued. Instead, her real father exploited her tabloid-ready story for fame and profit—until Charlotte finally broke free from her ghoulish past and fled. Just when she thinks she has buried her personal hell forever, Charlotte is swept into a frightening new ordeal. Secretly dosed with an experimental drug, she’s endowed with a shocking new power—but pursued by a treacherous corporation desperate to control her. Except from now on, if anybody is going to control Charlotte, it’s going to be Charlotte herself. She’s determined to use the extraordinary ability she now possesses to fight the kind of evil that shattered her life—by drawing a serial killer out from the shadows to face the righteous fury of a victim turned avenger

THE SUMMER THAT MADE US by Robyn Carr –

That was then…
For the Hempsteads, summers were idyllic. The lake was a magical place, a haven where they were happy and carefree. All of their problems drifted away as the days passed in sun-dappled contentment. Until the summer that changed everything.
This is now… After an accident turned the lake house into a site of tragedy and grief, it was closed up. None of the Hempstead women speak of what happened, and relationships between them are uneasy at best to hurtful at worst. But in the face of new challenges, one woman is determined to draw her family together again, and the only way that can happen is to return to the lake and face the truth.

Librarian Julia Winston is ready to ditch the quiet existence she’s been living. She’s made a list of new things to experience, but falling for Jamie Caine, her sexy military pilot neighbor, isn’t one of them. Julia’s looking to conquer life, not become the heartbreaker’s latest conquest. But when two young brothers wind up in Julia’s care for the holidays, she’ll take any help she can get—even Jamie’s. Happy to step in, Jamie reveals a side of himself that’s much harder to resist. Not only is he fantastic with kids, he provides the strength Julia needs to tackle her list. She knows their temporary family can’t last beyond the holidays, but the closer she gets to Jamie, the more she wonders if things could be this merry and bright forever…