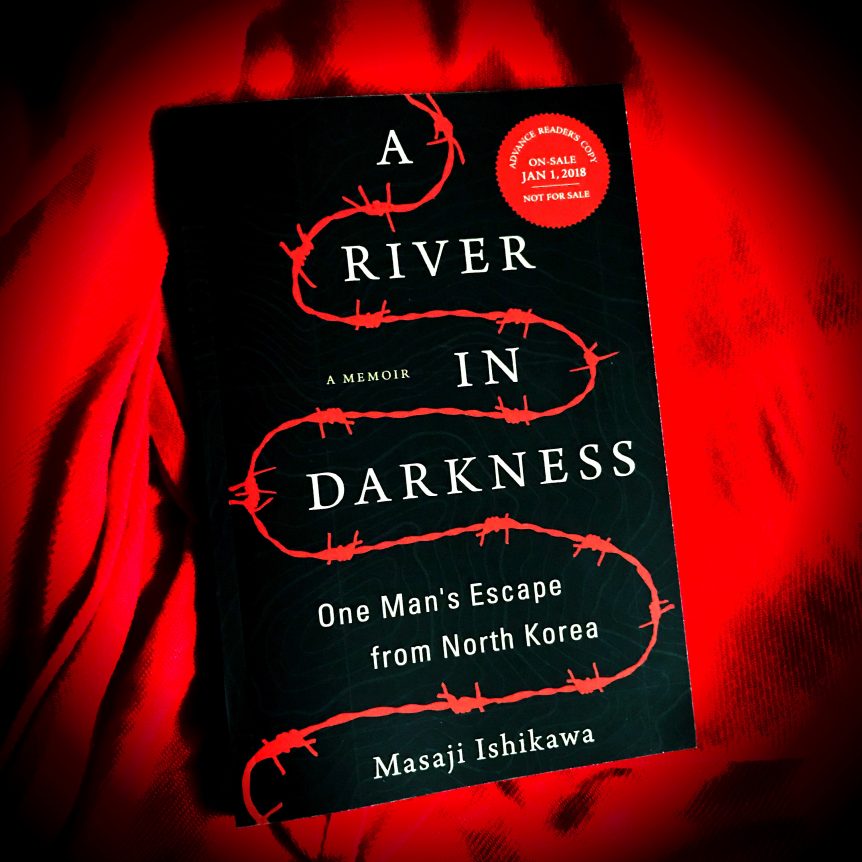 Thank you so much to Amazon Publishing for sending me a free copy – all opinions are my own.

“Someone once said, ‘If a crying baby could tear down the universe, it would.’ Thats how I felt that day. I wanted to demolish the whole universe, but the sad truth was, it had already come crashing down around my head.”

This story is so personal—you feel as if your friend is telling you a story. It’s not overly dramatic—it doesn’t need to be. The details of this little book are very upsetting and hit straight to the heart.

Masaji Ishikawa tells his life from his childhood in Japan, up through his escape from North Korea. He was born in 1947, just after the conclusion of the Second World War, and after Japanese colonial rule in Korea ended. His father, Do Sam-dal, was Korean and his mother, Miyoko Ishikawa, Japanese. It was a disturbing childhood, full of fear, anger, and pain. Even though his mother’s family was respected, his father was not. His father was very resentful towards his mother and took it out on her.

When Masaji was thirteen, his father insisted they move to North Korea under the regime of Kim Il-Sung. He thought he’d have a better life in North Korea, which he had told would be “paradise on Earth”. Except, as Masaji describes it, it was hell on Earth, and after reading his story, I am in 100 percent agreement.

His childhood was difficult but it did not hold a handle to the struggles of living in North Korea for thirty-six years and every time I saw the phrase, “Luckily I…” I couldn’t believe how optimistic he was—the human spirit is an amazing thing. I also thought it was interesting to see the change in his father’s temperament over the years in North Korea. And how Masaji finally understood what made his father who he was.

I loved how matter-of-factly Masaji speaks. It is very well-written memoir and I believe 170 pages is all it needed to be extremely impactful. This is an important story and one that everyone should know and understand.