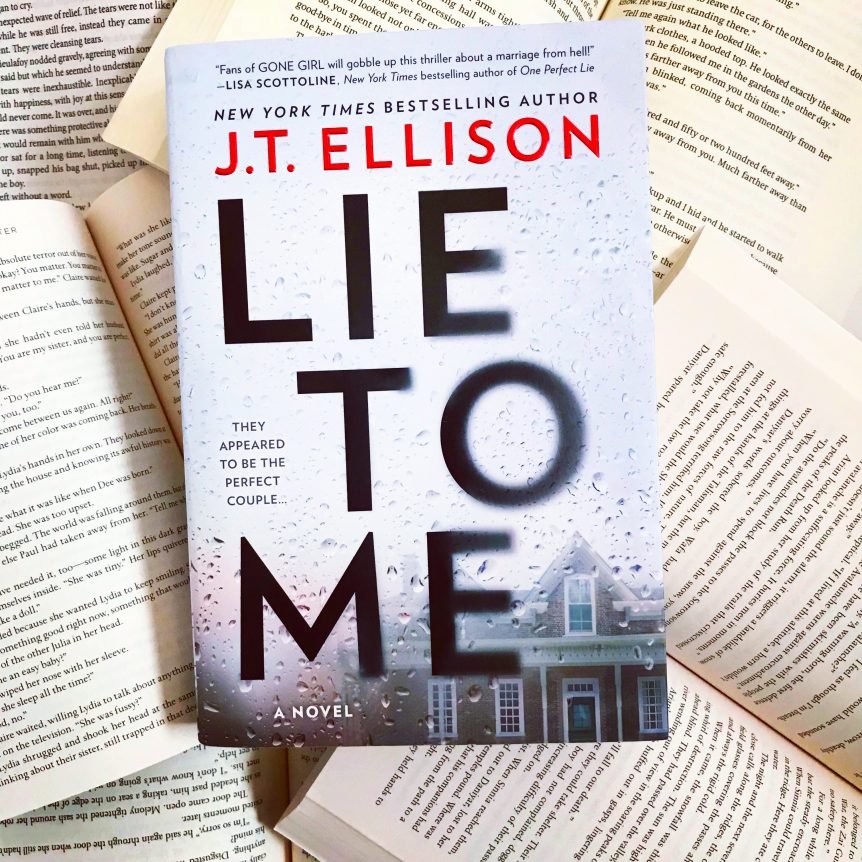 Sutton and Ethan Montclair’s idyllic life is not as it appears. They seem made for each other, but the truth is ugly. Consumed by professional and personal betrayals and financial woes, the two both love and hate each other. As tensions mount, Sutton disappears, leaving behind a note saying not to look for her.

Ethan finds himself the target of vicious gossip as friends, family and the media speculate on what really happened to Sutton Montclair. As the police investigate, the lies the couple have been spinning for years quickly unravel. Is Ethan a killer? Is he being set up? Did Sutton hate him enough to kill the child she never wanted and then herself? The path to the answers is full of twists that will leave the reader breathless.

“a person’s true character is rarely revealed until they are staring into the face of adversity.”

I read this was the @saltwaterreads pick in November and I LOVED IT! I have read a lot of thrillers, and this one ranks right up at the top! It has everything… multiple point of views, an unreliable narrator, secrets, adultery, and I constantly went back and forth between my own suspects.

The story centers around Ethan and Sutton Montclair – Sutton leaves a note on the counter that she has left Ethan. Ethan thinks something isn’t quite right and it just snowballs from there. I really enjoyed seeing the different perspectives of their marriage, with the first half of the book written from Ethan’s point of view and the second half from Sutton’s. Since it was so hard to tell which perspective was accurate, I found myself questioning which one to trust.

I love love love everything about this domestic thriller! It is an incredibly well-written novel with a ton of plot twists and second guessing… everything you want in a psychological thriller. This is my first J.T. Ellison and it will not be my last!