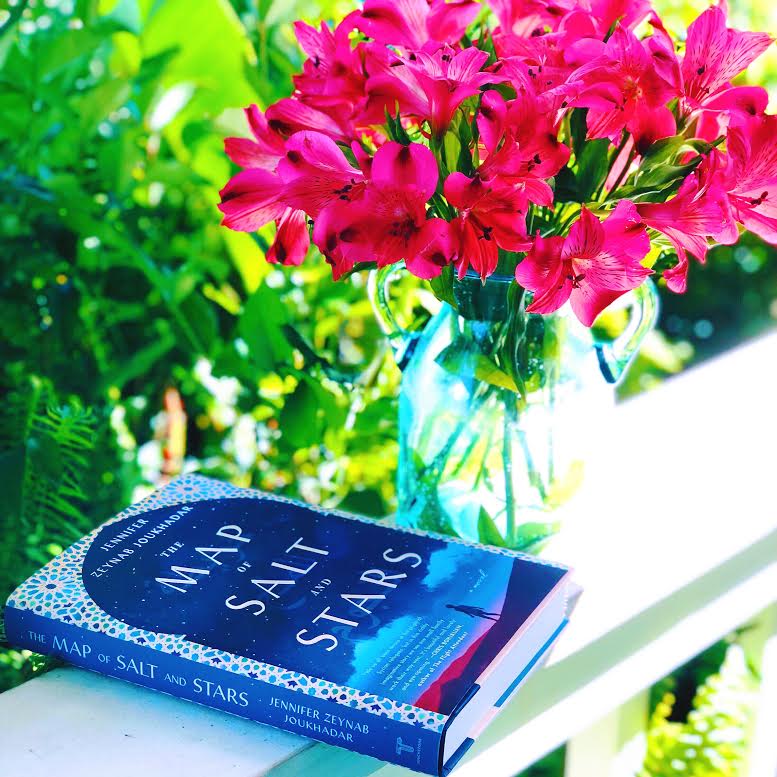 Many thanks to Touchstone Books for my free copy – all opinions are my own.

In the summer of 2011, just after Nour loses her father to cancer, her mother moves Nour and her sisters from New York City back to Syria to be closer to their family. In order to keep her father’s spirit as she adjusts to her new home, Nour tells herself their favorite story—the tale of Rawiya, a twelfth-century girl who disguised herself as a boy in order to apprentice herself to a famous mapmaker. But the Syria Nour’s parents knew is changing, and it isn’t long before the war reaches their quiet Homs neighborhood. When a stray shell destroys Nour’s house and almost takes her life, she and her family are forced to choose: stay and risk more violence or flee across seven countries of the Middle East and North Africa in search of safety—along the very route Rawiya and her mapmaker took eight hundred years before in their quest to chart the world. As Nour’s family decides to take the risk, their journey becomes more and more dangerous, until they face a choice that could mean the family will be separated forever.

This is a gorgeously written, heartbreaking, and inspiring story. It’s written with a unique perspective, not of a refugee figuring out life in America, but of a family who has to move back to Syria because of a tragic loss. Twelve-year-old Nour was born and raised in New York by two immigrant parents, but after her father dies of cancer, her mother moves her and her sisters to Homs, Syria where family can help out. The Syrian civil war is underway and bombs go off in Homs causing the family to flee to safety. Nour copes with the trauma by comforting herself with a story her father used to tell her. We begin to read alternating timelines between Nour and sixteen-year-old Rawiya from 800 years ago. Joukhadar flawlessly weaves the story of Rawiya into the narrative and it’s quite impressive. It’s such a beautiful way to showcase Nour’s bond with her father. This is an exceptional, imaginative, and emotive debut and I loved every part of it.

Nour and her family endure harrowing, dangerous circumstances as they seek refuge in Jordan, Egypt, Libya, and Algeria, while Rawiya’s journey is more enchanting. But both of their stories overlap in geographical conquests, emotional anguish, coming of age, and that home isn’t necessarily a place, but is where your family is. The amount of detail in this story is incredible from the book within a book, to the maps, to the synesthesia, to being submersed in the world of a refugee! All so good!! MAP OF SALT AND STARS is extraordinary, intense, and incandescent. 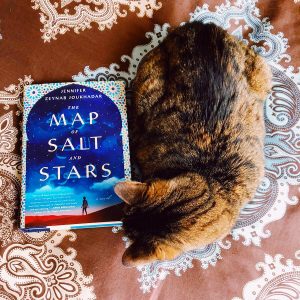 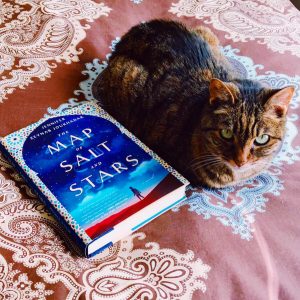