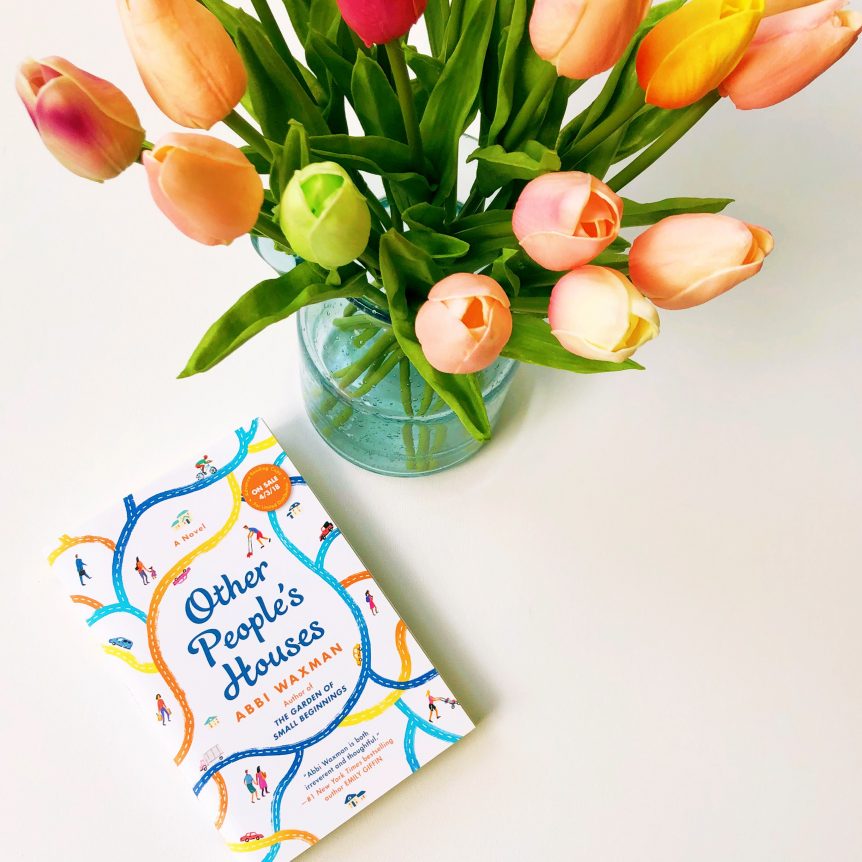 Thank you so much to Berkley Publishing for providing my free copy of OTHER PEOPLE’S HOUSES by Abbi Waxman – all opinions are my own.

“She’d read somewhere that hurricanes had winds so powerful that a piece of straw could pierce an oak, thrown so hard it became deadly beyond its weight. She was the straw, pushed by forces she only barely understood.”

At any given moment in other people’s houses, you can find…repressed hopes and dreams…moments of unexpected joy…someone making love on the floor to a man who is most definitely not her husband…

As the longtime local carpool mom, Frances Bloom is sometimes an unwilling witness to her neighbors’ private lives. She knows her cousin is hiding her desire for another baby from her spouse, Bill Horton’s wife is mysteriously missing, and after the shock of seeing Anne Porter in all her extramarital glory, Frances vows to stay in her own lane. But that’s a notion easier said than done when Anne’s husband throws her out a couple of days later. The repercussions of the affair reverberate through the four carpool families–and Frances finds herself navigating a moral minefield that could make or break a marriage.

This book starts off with a bang! It’s funny, clever, interesting, and unapologetically honest. It centers around four families with a unique cast of characters that are living in a close knit neighborhood. Frances, my favorite character, is a stay-at-home mom and carpools the neighborhood kids to school. She is hilarious and I enjoyed her inner monologue so much!! One morning, she accidentally walks in on her friend, let’s just say, in a compromising position with someone other than her husband. This affair causes upheaval in everyone’s lives and secrets are out. You really never know what’s going on in “other people’s houses”.

Told in a third person narrative, Waxman brilliantly writes about this wide cast of quirky characters never once allowing the reader to get confused. It’s a very poignant and perfectly structured novel. It covers topics such as marriage, being a parent, identity, and friendship. There is plenty of adult situations and language, but luckily, it’s an adult book. I was surprised by how much I enjoyed reading this one! It’s incredibly humorous, full of family drama, and has a lot of heart. 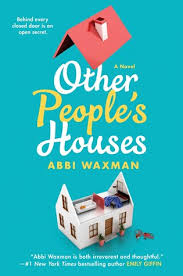