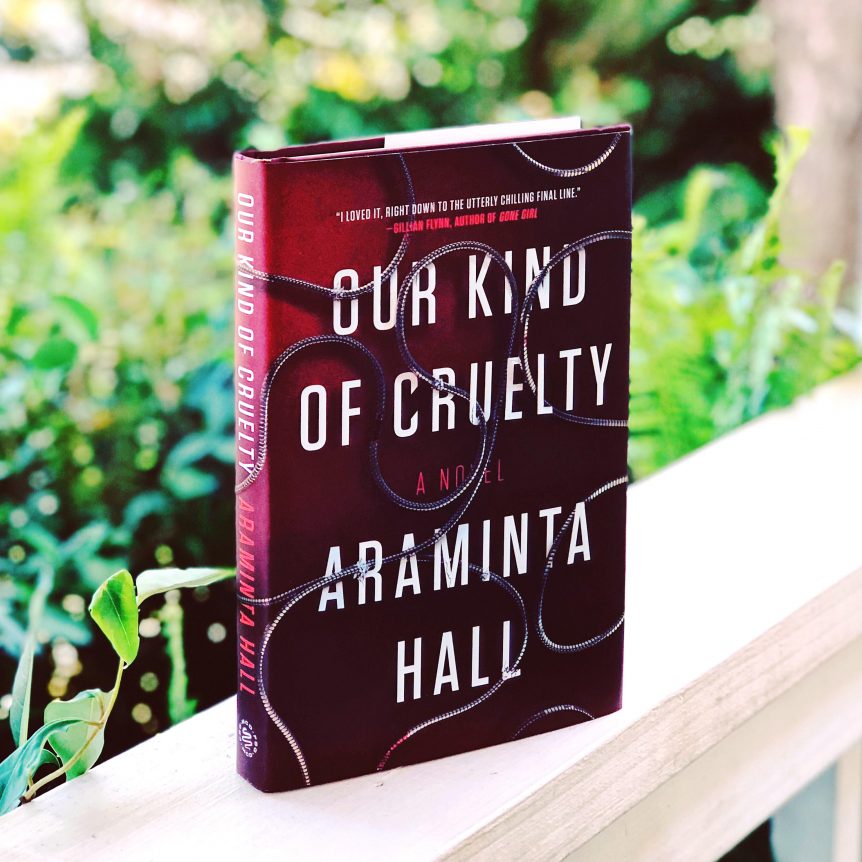 Thank you so much FSG Books and MCD Books for providing my free copy – all opinions are my own.

Mike Hayes fought his way out of a brutal childhood and into a quiet, if lonely, life before he met Verity Metcalf. V taught him about love, and in return, Mike has dedicated his life to making her happy. He’s found the perfect home, the perfect job; he’s sculpted himself into the physical ideal V has always wanted. He knows they’ll be blissfully happy together. It doesn’t matter that she hasn’t been returning his e-mails or phone calls.
It doesn’t matter that she says she’s marrying Angus. It’s all just part of the secret game they used to play. If Mike watches V closely, he’ll see the signs. If he keeps track of her every move, he’ll know just when to come to her rescue.

This story is a fascinating character study of a disturbed and possibly delusional man named Michael Hayes. Michael and Verity Metcalf (aka V) were in a relationship for eight years. One of the ways they fed their intense romance was a game they invented called the Crave. They would go to a bar, separate, wait until an unsuspecting man would hit on V, and then Michael would bolt across the room and scare the guy off. Of course, after that, they would head to the bathroom to well, you know (wink, wink, nudge, nudge). Michael eventually decided to pick up and move to the U.S. for work in order to make extra money for a VERY early retirement but when he returns to England he finds a wedding invitation from V. Yep, she got married to someone else. However, Michael thinks it’s just an elaborate game.

The most interesting thing about this book is the characterization of Michael and Hall’s ability to manipulate her readers. You are left to your own devices, interpretation, and possibly unanswered questions, but I think this is the author’s intention. Michael is an unsympathetic, unreliable narrator so it’s difficult to know what is real and what is fantasy. He’s a very complex, dark, and whiny character with an obsessive personality and you are quite literally in his head the ENTIRE time. The object of his affection is V and he is so sharply focused on his perception of her, he doesn’t see anything else. Overall, this novel is an incredibly fast read and is easily finished in one day, although I will still be trying to decipher the truth behind Michael and V’s relationship for a long time to come.