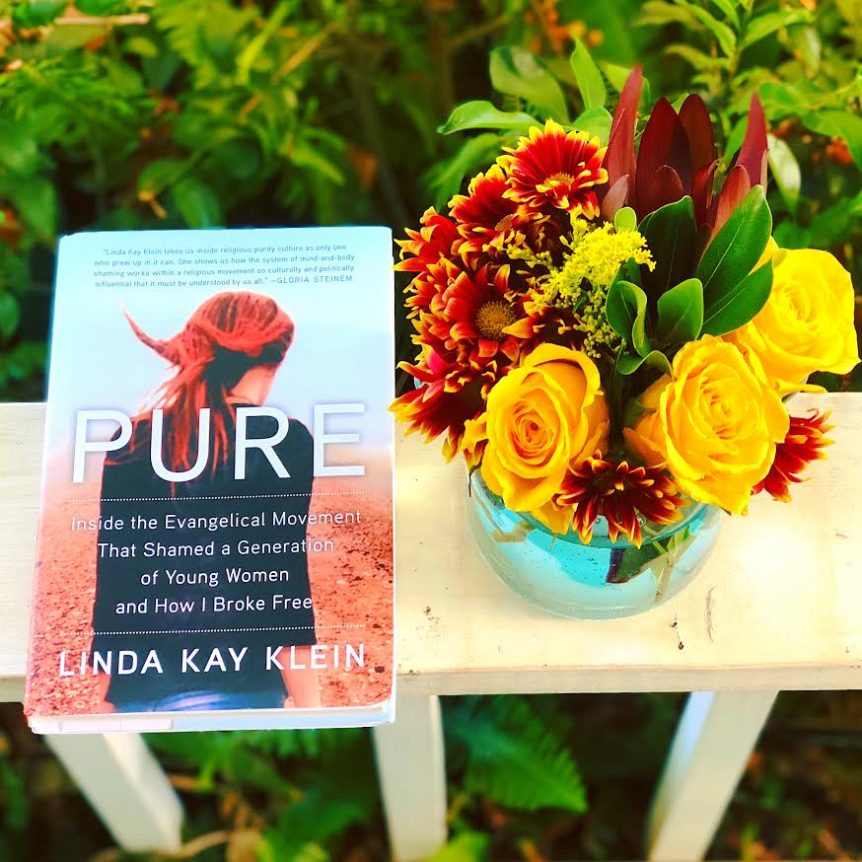 Many thanks to Touchstone Books for my free copy – all opinions are my own.

In the 1990s, a “purity industry” emerged out of the white evangelical Christian culture. Purity rings, purity pledges, and purity balls came with a dangerous message: girls are potential sexual “stumbling blocks” for boys and men, and any expression of a girl’s sexuality could reflect the corruption of her character. This message traumatized many girls—resulting in anxiety, fear, and experiences that mimicked the symptoms of Post-Traumatic Stress Disorder—and trapped them in a cycle of shame. This is the sex education Linda Kay Klein grew up with. Fearing being marked a Jezebel, Klein broke up with her high school boyfriend because she thought God told her to, and took pregnancy tests though she was a virgin, terrified that any sexual activity would be punished with an out-of-wedlock pregnancy. When the youth pastor of her church was convicted of sexual enticement of a twelve-year-old girl, Klein began to question the purity-based sexual ethic. She contacted young women she knew, asking if they were coping with the same shame-induced issues she was. These intimate conversations developed into a twelve-year quest that took her across the country and into the lives of women raised in similar religious communities—a journey that facilitated her own healing and led her to churches that are seeking a new way to reconcile sexuality and spirituality.

“Religious Trauma Syndrome (RTS), defined as “the condition experienced by people who are struggling with leaving an authoritarian, dogmatic religion and coping with the damage of indoctrination…”

A timely, relevant, harrowing, and eye opening memoir about the purity movement.

If you’re anything like me, you find it fascinating to learn about a person’s life that is so different from your own. I was not raised in any sort of strict upbringing so the idea that a movement such as this can leave such deeply seeded scars filled me with emotional empathy. Klein was raised in a strict Christian evangelical church that shamed women and girls for enticing men. Not only is sex forbidden before marriage but girls are blamed if a violation occurs and it is on them to enforce it. For example, Klein panicked and punished herself for what she thought was an unforgivable sin: kissing her high school boyfriend. It’s an unfair and an incredible responsibility to bestow on anyone, let alone a teenage girl.

What I enjoyed most about this memoir is that not only did I learn about Klein’s life, I also learned about the people she interviewed. I love nothing more than to read several different perspectives on a single subject. Although the common theme of these accounts is devastating and traumatic, it is a diverse spectrum of stories. And even though I couldn’t personally relate to Klein’s story, I found it powerful, interesting, and important.