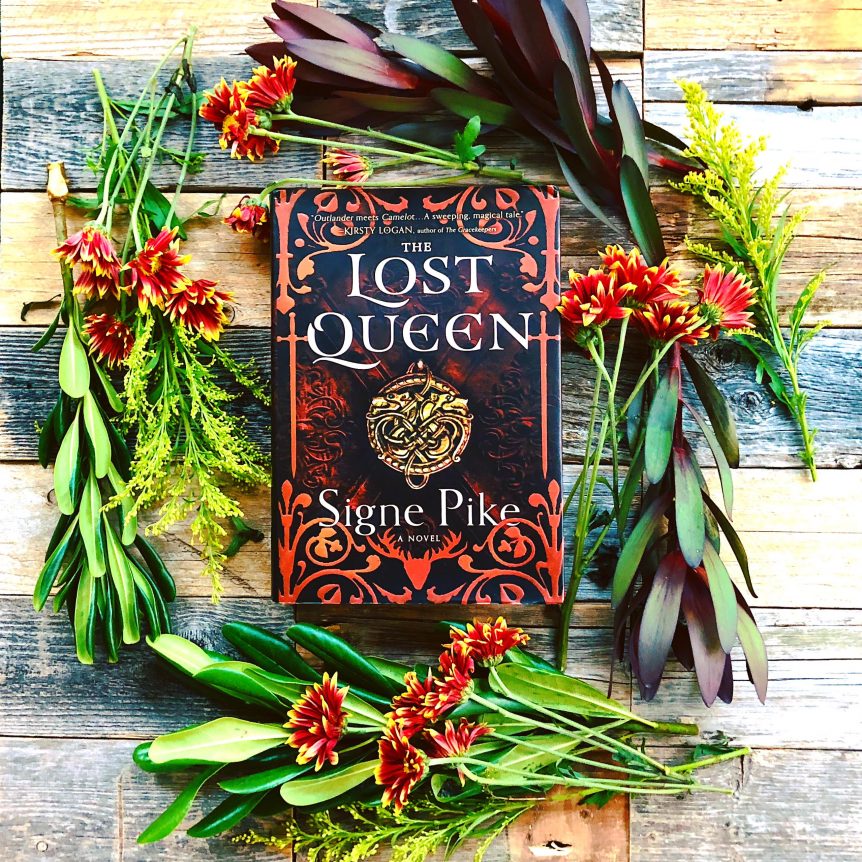 Thank you so much Touchstone Books for providing my free copy – all opinions are my own.

In a land of mountains and mist, tradition and superstition, Languoreth and her brother Lailoken are raised in the Old Way of their ancestors. But in Scotland, a new religion is rising, one that brings disruption, bloodshed, and riot. And even as her family faces the burgeoning forces of Christianity, the Anglo-Saxons, bent on colonization, are encroaching from the east. When conflict brings the hero Emrys Pendragon to her father’s door, Languoreth finds love with one of his warriors. Her deep connection to Maelgwn is forged by enchantment, but she is promised in marriage to Rhydderch, son of a Christian king. As Languoreth is catapulted into a world of violence and political intrigue, she must learn to adapt. Together with her brother—a warrior and druid known to history as Myrddin—Languoreth must assume her duty to fight for the preservation of the Old Way and the survival of her kingdom, or risk the loss of them both forever.

“In times such as these, when the people need a hero, so are such heroes
made.”

This magical, historical tale, which is the first in a trilogy, had me glued to the pages. The setting is vivid, the characters vibrant, and the writing is beautiful.

Set in sixth-century Celtic Britain, now known as Scotland, the story revolves around Arthurian lore, specifically Merlin. We follow Languoreth and her twin brother Lailoken, who we later know as Merlin. The story begins when Languoreth and Lailoken are ten years of age and have just lost their mother. Both children were born with a gift and brought up in the Old Ways as their mother was a powerful healer and wisdom keeper. However, Languoreth is not able to follow in her mother’s footsteps as her father, the King, has demanded she marry for political reasons to secure the survival of the kingdom. This is essentially a coming-of-age story about Languoreth and how she navigates her way within a legendary royal family.

I love being whisked off to another place and time and Pike’s rich, descriptive language really does the trick. We are transported to medieval Scotland’s beautiful countryside where Christianity is on the rise during a time of Druid faith and Languoreth knows she has to defend her family’s heritage even if it comes with consequences. I enjoyed the pacing of the story very much – the ebb and flow of it is perfect. Pike’s attention to detail is fantastic as she includes a character reference, phonetic pronunciations, a map, and an Author’s Note which is all very thoughtful and much appreciated. Readers who enjoy historical fiction, love Camelot and illuminating characters, will be enticed and enamored with this story, the story of the tragically forgotten queen known as THE LOST QUEEN. I absolutely cannot wait for the next installment!

✨ INTERNATIONAL WOMEN’S DAY ✨ (thank you so