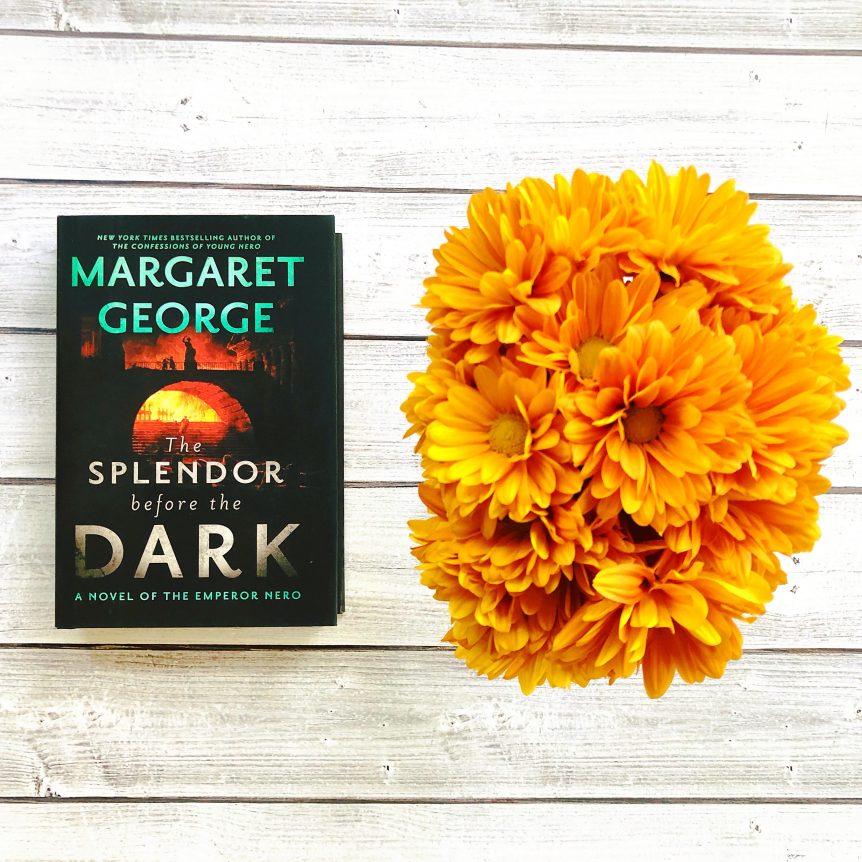 Thank you so much Berkley Publishing for my free copy – all opinions are my own.

With the beautiful and cunning Poppaea at his side, Nero Augustus commands the Roman empire, ushering in an unprecedented era of artistic and cultural splendor. Although he has yet to produce an heir, his power is unquestioned. But in the tenth year of his reign, a terrifying prophecy comes to pass and a fire engulfs Rome, reducing entire swaths of the city to rubble. Rumors of Nero’s complicity in the blaze start to sow unrest among the populace–and the politicians… For better or worse, Nero knows that his fate is now tied to Rome’s–and he vows to rebuild it as a city that will stun the world. But there are those who find his rampant quest for glory dangerous. Throughout the empire, false friends and spies conspire against him, not understanding what drives him to undertake the impossible. Nero will either survive and be the first in his family to escape the web of betrayals that is the Roman court, or be ensnared and remembered as the last radiance of the greatest dynasty the world had ever known.

“There is none so blind as he who will not see.”

Margaret George is my favorite historical fiction writer because her novels are meticulously researched and even though her page counts are high, there is never a slow or dull moment in her books. I read the first book in this duology, CONFESSIONS OF A YOUNG NERO, and no surprise, it was excellent. When I saw this book was coming out, I jumped at the chance to read it before the publication date.

The story covers the final four years of the life of Rome’s most infamous emperor, Nero Augustus. Nero has been in power for ten years and knows his fate is tied to Rome. There are many destinies that Nero can face in the specter of politics and power, such as religious unrest, ambitious commanders, rebellious territories, and of course, betrayal by the people closest to him. One notable resentment of his people relates to Nero’s expensive and extravagant plans to rebuild after the Great Fire of Rome destroyed the city. This novel shows several chances for Nero to show courage, fortitude, and strength as a leader and it was fascinating to see what he does with his power.

The story is told from multiple perspectives: the voice of Nero; Acte, a servant and former lover; and Locusta, a woman who specializes in herbal medicine and poisons. I love that through these perspectives you both see the light and dark side of Nero. We experience Nero’s naivety, idealism, and artistic side, but also see his darkness and unwillingness to see the dangers that lie ahead. George is an exceptional writer – she writes with authenticity, richness in detail, depth of characters, and vivid imagery – I felt as if I was right there in Rome and now know these historical figures intimately.

THE SPLENDOR BEFORE THE DARK is nothing short of brilliant and among my favorites with MEMOIRS OF CLEOPATRA and HELEN OF TROY. I will read anything Margaret George writes not only because her prose is extraordinarily beautiful, but also because she transports me to a time and place I would never be able to go otherwise. 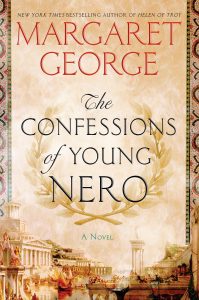 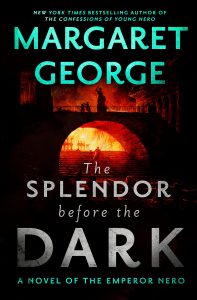