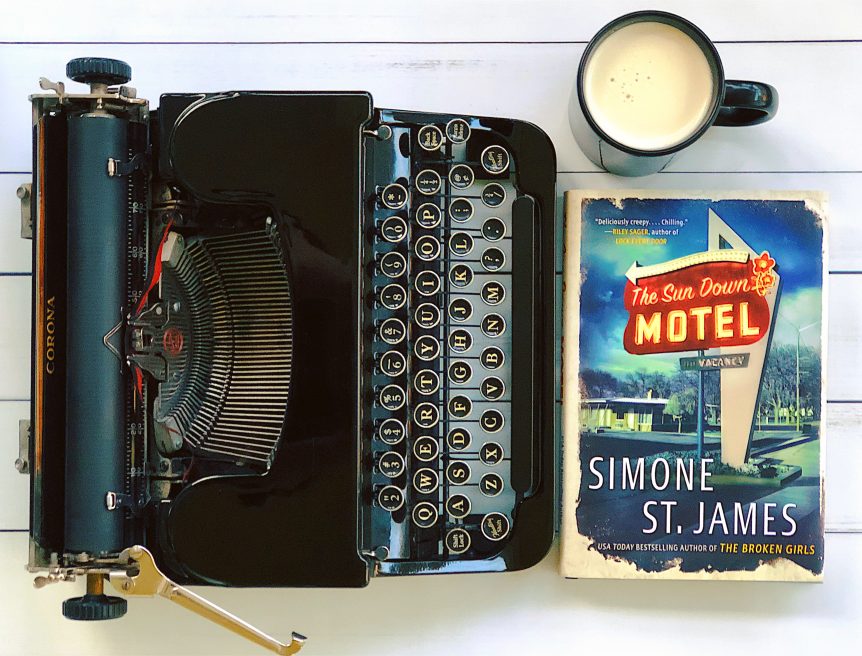 Thank you so much Berkley Publishing for my free copy.

Upstate New York, 1982. Viv Delaney wants to move to New York City, and to help pay for it she takes a job as the night clerk at the Sun Down Motel in Fell, New York. But something isnʼt right at the motel, something haunting and scary.

Upstate New York, 2017. Carly Kirk has never been able to let go of the story of her aunt Viv, who mysteriously disappeared from the Sun Down before she was born. She decides to move to Fell and visit the motel, where she quickly learns that nothing has changed since 1982. And she soon finds herself ensnared in the same mysteries that claimed her aunt.

I read THE BROKEN GIRLS back in 2018 and really enjoyed it, so reading @simonestjames’ new release, THE SUN DOWN MOTEL, was inevitable. The author has a knack for mixing in a gentle amount of supernatural elements in such an organic way that it isn’t ridiculous. I need supernatural type stories to be super dark or gory and if they’re not, I need them to at least seem plausible. THE SUN DOWN MOTEL walks that fine line brilliantly – it is addictive, atmospheric, and mysterious. I LOVED IT.

Set in 1982 Upstate New York, Viv Delaney works as a night clerk at the Sun Down Motel. She discovers there are a number of unsolved murders of young women and as the secrets unfold at this rundown, roadside motel, Viv starts to connect the dots. And as you can imagine, the secrets eventually get the best of her. We alternate chapters between Viv’s investigation thirty-five years ago and her niece Carly, in present day, trying to figure out what happened to her aunt all those years ago.

The motel is a CREEPY character in its own right and the mystery is top notch. I love the dual timelines and the way they interact with each other as you are reading. Sometimes the timelines mesh together almost too well, but I think that’s what makes this suspense novel so unique. It’s a fun mysterious read and I highly recommend it if you are looking for a book to keep you from staying at a roadside motel. ★★★★★