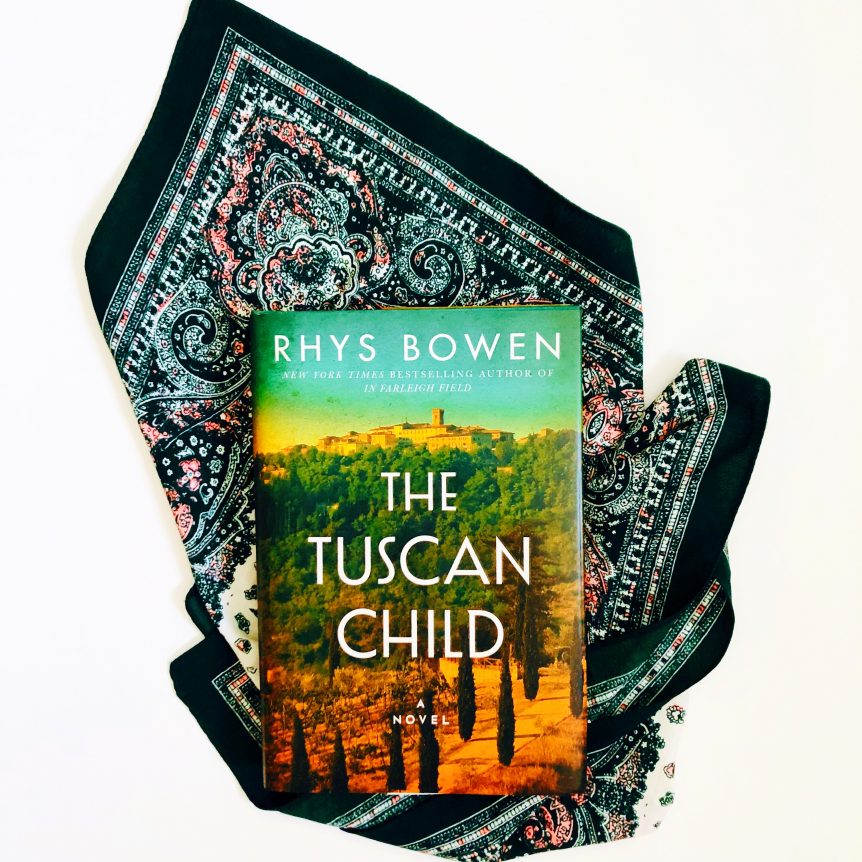 Thank you so much Little Bird Publicity and Lake Union Publishing for providing my free copy – all opinions are my own.

In 1944, British bomber pilot Hugo Langley parachuted from his stricken plane into the verdant fields of German-occupied Tuscany. Badly wounded, he found refuge in a ruined monastery and in the arms of Sofia Bartoli. But the love that kindled between them was shaken by an irreversible betrayal.

Nearly thirty years later, Hugo’s estranged daughter, Joanna, has returned home to the English countryside to arrange her father’s funeral. Among his personal effects is an unopened letter addressed to Sofia. In it is a startling revelation.

Still dealing with the emotional wounds of her own personal trauma, Joanna embarks on a healing journey to Tuscany to understand her father’s history—and maybe come to understand herself as well. Joanna soon discovers that some would prefer the past be left undisturbed, but she has come too far to let go of her father’s secrets now…

“I tore off the brown paper wrapping from the large parcel and found myself looking at my own face. It was so startling that I almost dropped the picture.”

I thoroughly enjoyed this novel as it is a quick and easy read with two very compelling storylines. The chapters alternate between Hugo’s life in 1944 as a bomber pilot, and his daughter, Joanna, dealing with the aftermath of his death in 1973. Joanna is sorting through her estranged late father’s possessions when she comes across a mysterious letter addressed to a woman named Sofia in San Salvatore, Italy. The letter gives Joanna a glimpse to a side of her father she’s never known so she decides to take a trip to Italy to understand her father better by revisiting his past and possibly finding Sofia.

The novel is a perfect blend of historical fiction, mystery, and romance. Above all, the best part of this reading experience is Italy itself. One of my favorite aspects of reading historical fiction are the vivid descriptions of beautiful settings and this did not disappoint. The story is atmospheric with rich, warm, countryside vignettes, and descriptions of Italian culture. Bowen writes a wonderful story with great character development that kept me engaged. My only issue is with the ending. It didn’t quite work for me, but overall I enjoyed the story.