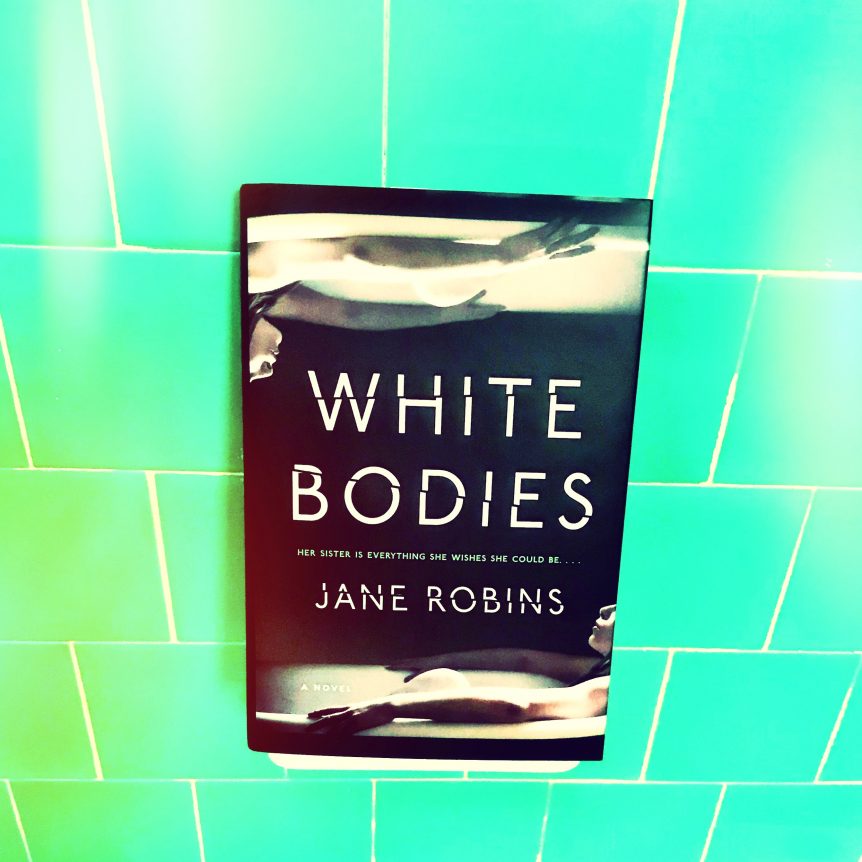 White Bodies will always hold a special place in my heart because of the massive #creepyreads buddy read that Jennifer and I hosted on Instagram! I really appreciate everyone who joined the discussion. And a special thank you to Jane Robins for surprising us and answering our questions! We had so much fun! Thank you so much to Touchstone Books for my free copy – all opinions are my own.

Callie and Tilda are twins with a most unusual bond. Tilda is beautiful, blonde, and a free spirit, while Callie is an observer and blends in. Tilda is an actor who received some acclaim from the film Rebecca, while Callie works part time at a bookshop. They could not be more different, yet they have a strange obsession with each other.

Tilda starts dating a financier named Felix and appears to be happy. But once they move in together, Callie sees less and less of her sister and things begin to change. Tilda stops working, she loses weight, and becomes withdrawn. The relationship between Tilda and Felix is not what it seems. Worried about Tilda, Callie joins an internet support group and that’s where things start to spiral out of control!

“‘Of course you’re right, Callie, about the murder plot, but these days you wouldn’t have to travel on trains to meet another murderer, you could just find someone on the internet, in a forum or a chat room.’
‘I’ll bear that in mind.’
‘I suppose it’s true,’ says Tilda. ‘The internet is where psychos find each other.’”

Tilda and Callie are so incredibly strange and honest about who they are – it’s brilliant! Callie has a very dry personality and is completely unaware of the inappropriate things she says and does, which at some points made me laugh out loud. That being said, there are several extremely disturbing parts that I am not going to spoil for you. Trust me, you’ll want the element of surprise. And think what you will about them, I feel it is those parts that are necessary to the story and make it stand out from the rest. As I was reading some of these disturbing parts, I really grew to love Callie which is a feat that Robins is able to pull this off!

A few of the chapters are from the girls’ childhood, which provides a great deal of insight into who they are as adults. If you don’t like these two characters, you won’t be able to deny that they’re interesting. Overall, this was a slow-build, character driven story that keeps you thinking. I found it impressive that Robins could write very unlikable characters yet somehow make the story addictive! It was the perfect October read and I really enjoyed it!